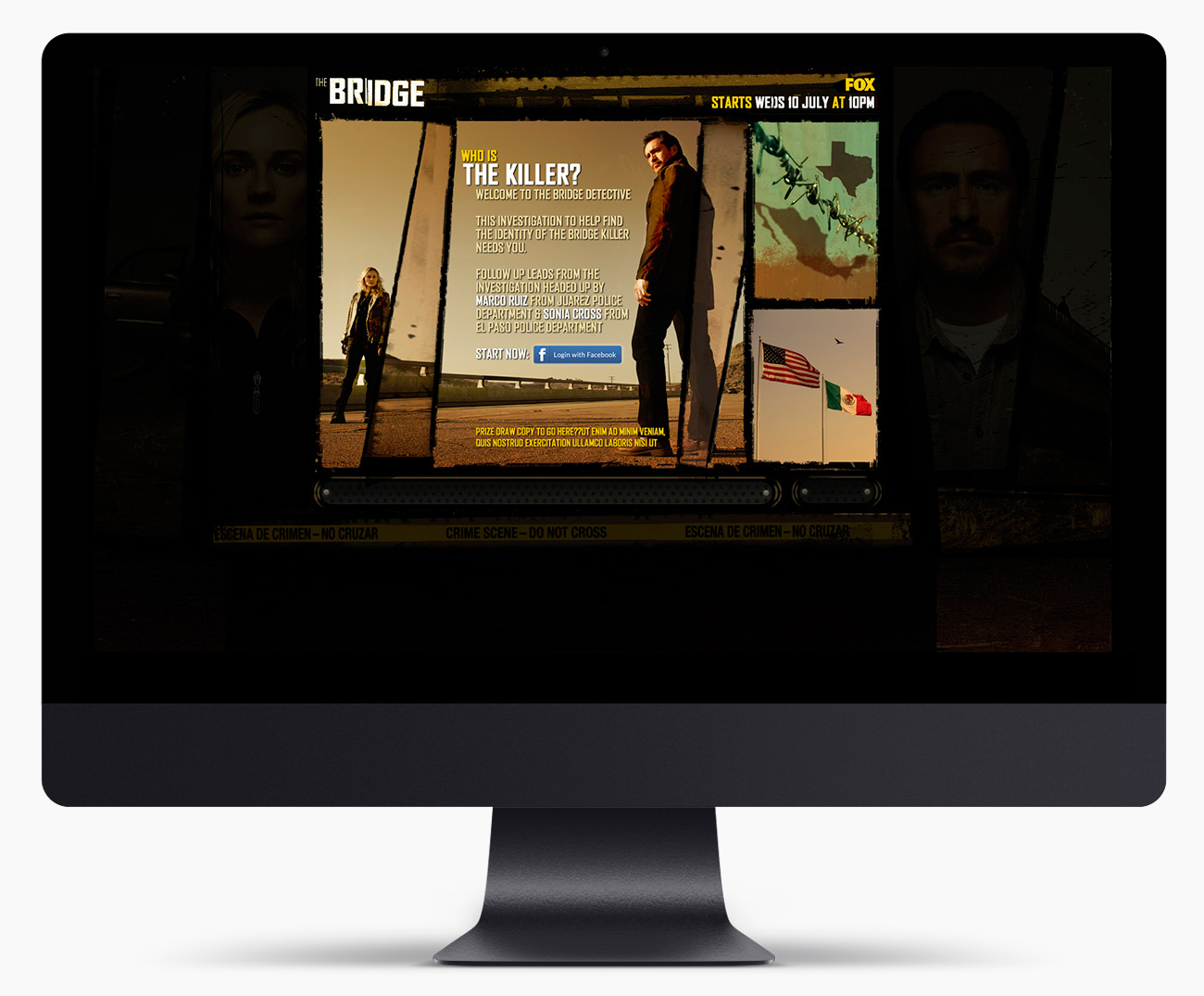 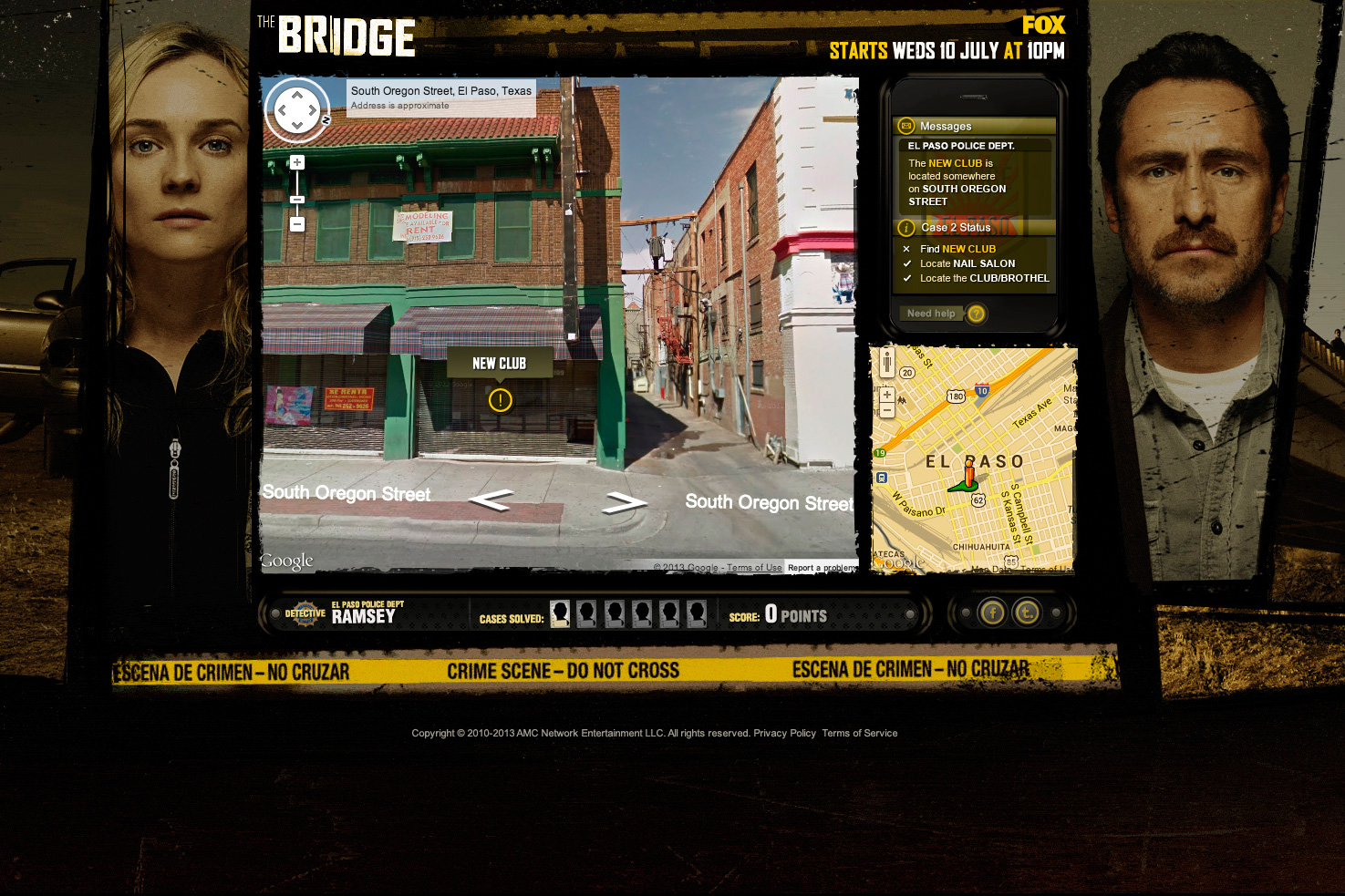 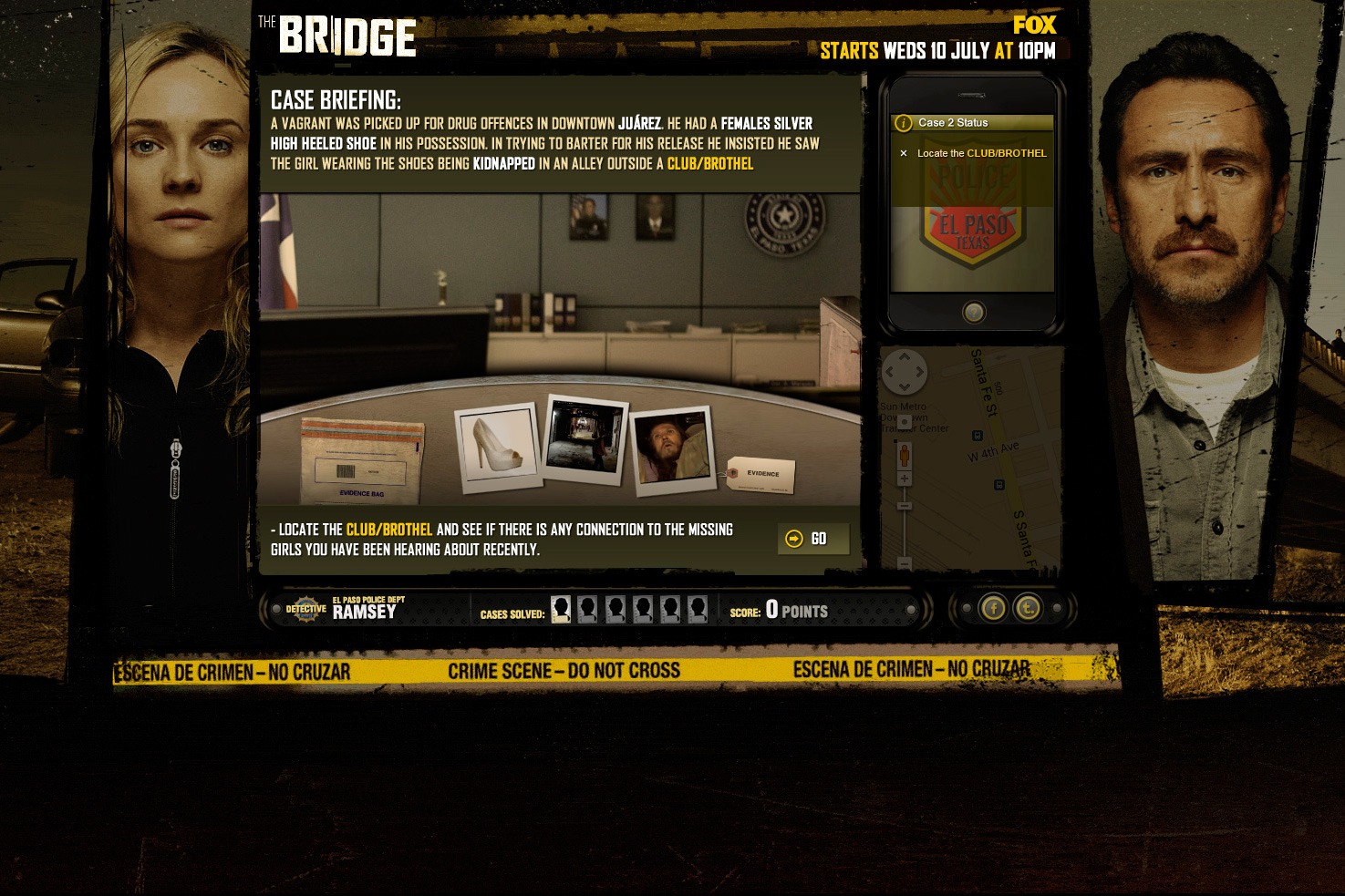 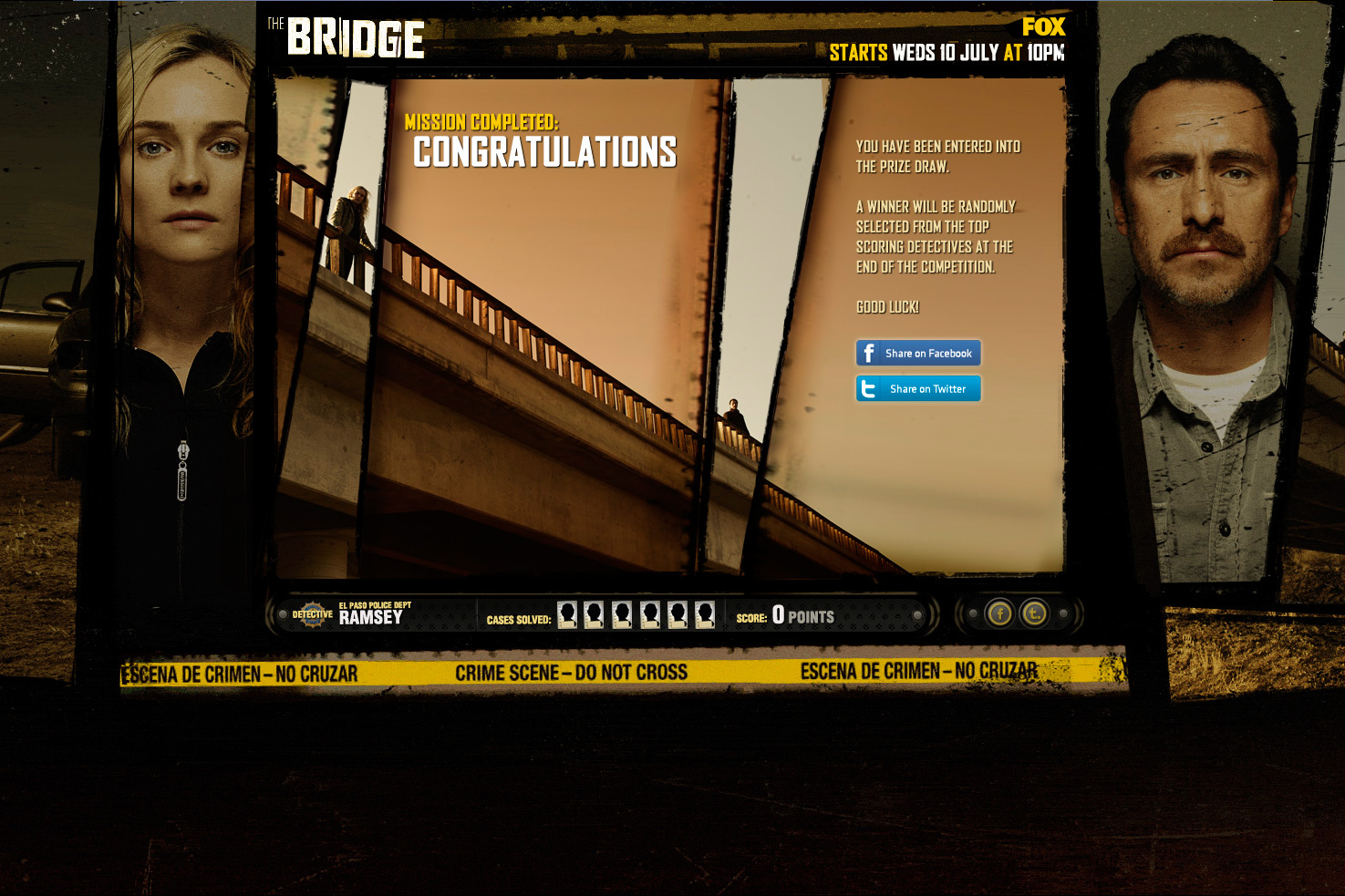 To celebrate the launch of FX Networks’ The Bridge in 2013, we created an immersive online game whose aim was solving a crime. Players would choose the police force they want to work with and follow up leads from detectives Marco Ruiz or Sonia Cross by exploring the cities of El Paso and Ciudad Juárez in Google Street View.

I created the game’s concept and managed entirely the project, which involved delivering a mobile-responsive and Facebook app to multiple markets.

You can also check out other apps and games I have worked on: Atlanta Run and Dead Yourself.